Arriving at Lake Corpus Christi we started to unpack all of our belongings and set up our tents. After all our hard work with setting up camp and putting the kitchen together everyone wanted to take a dip in the lake to cool off where we had a fun game of name tag in the water to help with getting to know one another.

Starting off the camp right we went to the river ranch and had fun with the horses. Linda Tiller was an amazing instructor with teaching us about these grand creatures. First we learned how to act around the horses and how to properly mount a horse. Once that was out of the way we started off with a walk on the horse and graduated to a trot. After everyone felt comfortable with riding a horse we were put in teams and had a friendly competition.

One was a spoon and egg race where whoever was able to keep the egg on the spoon while trotting won. Other fun games we played was trying to put lipstick on while trotting and trying to get a gummy worm off a hook in the air while on a horse. At the end the campers were able to take a picture on their horse with the Texas and American flags in Independence Belle style.

Next was fishing with James in his ranch ponds. The youth learned how to properly bait and cast a fishing pole. One of our campers was lucky enough to catch a bass. While our other campers kept catching crabs. 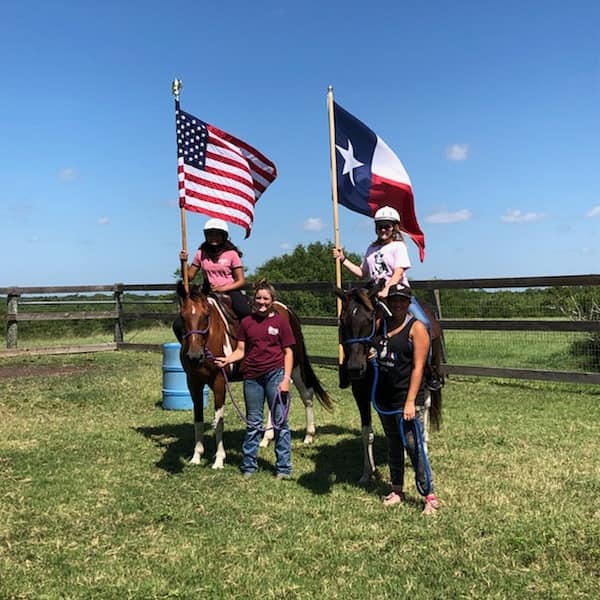 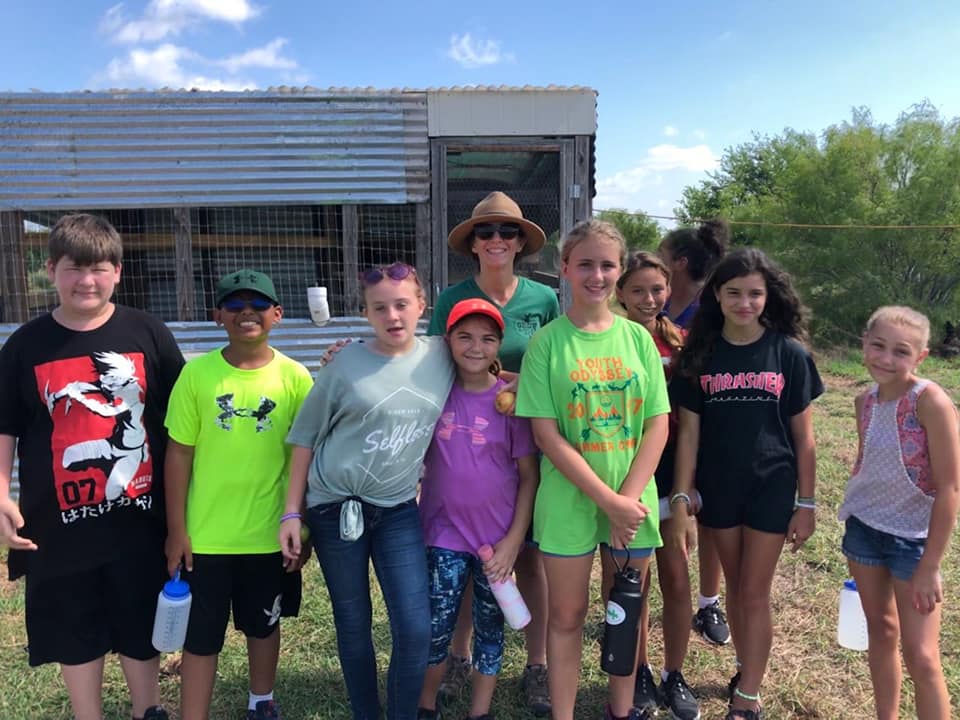 First farm visit day! Today we went to Harvest Farms, and got to firsthand see a small family farm. The visit consisted of checking out chicken coups, which the kids had a ball with. For the most part because they have never seen such a masterpiece in family’s backyard. We also learned how a family can sustain itself not only with the chickens, but other farm animals and a garden.

Market and Garden day! The GROW South Texas Local Learning Garden is one of our favorite places. In fact, we have helped out with programming there over the past two years. This is where pure gardening education takes place. Campers dove right in with the GROW Local staff to help with their market harvest. Every Wednesday evening GROW Local hosts a farmers market in downtown Corpus Christi. All of the crops we harvested this morning were to be sold at the market. Pretty neat!

After we concluded our harvest, we drove on over to the Coastal Bend Food Bank to meet with Kate Hilliard for a cooking class demo. Mmm everybody loves food! After the cooking demo, it was time for the market! All the campers were paired with different vendors, and learning a thing or two about selling local goods. Overall, it was a great day of great food, learning, and cool views! 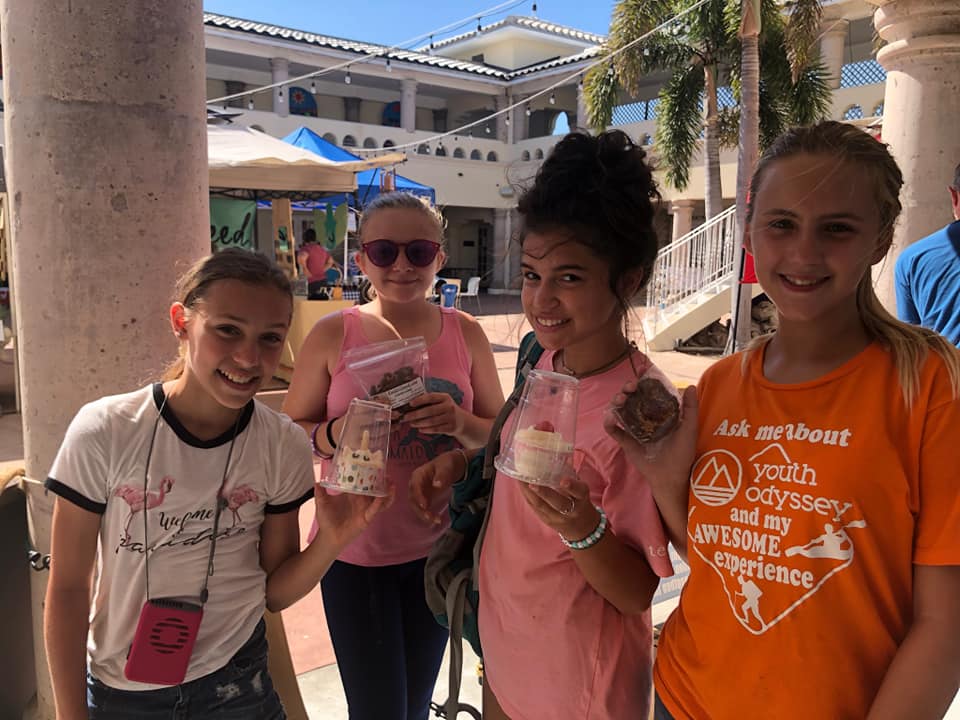 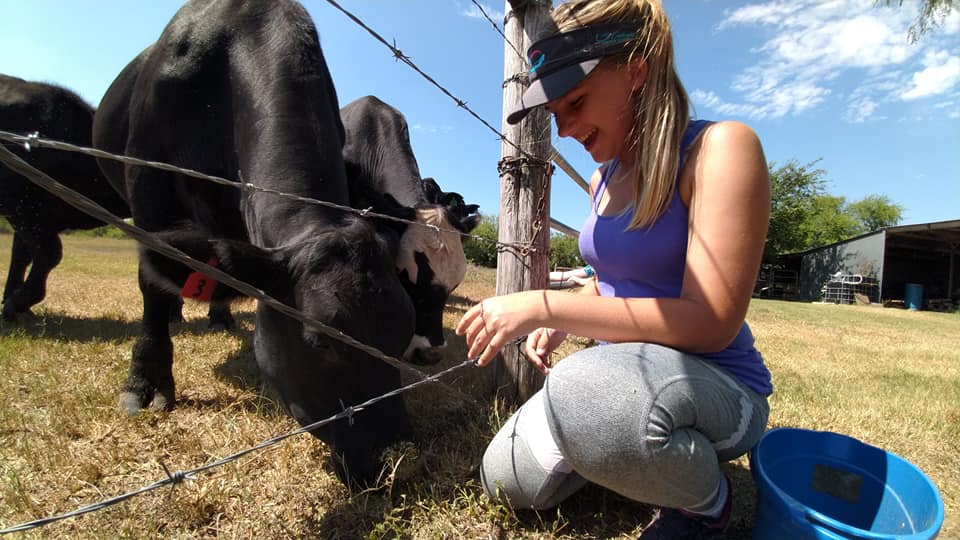 Our last full day together, but we made the best of it! Today we got to experience a brand new farm Youth Odyssey has never been to, Future Focus Farms! We met with Wes Burns to learn about livestock and hydroponics. Also to our shocking surprise, we were fed delicious local tacos! The delicious food we have been getting this week is out of control! After a long week of gardening, farm visits, and selling local goods it was then time for a dip in the lake! We ended our last full day of camp with some splashin’ and some sun rays.

Graduation Day! It is always a bittersweet day, but everyone is excited to reunite with their families and share all their stories about camp. We went back to the GROW Local South Texas Learning Garden to share food, stories, and give out certificates and awards. The campers also performed an amazing skit they came up with the night before, and the parents loved it! We were sad to say goodbye, but excited for the next round of Living Local Camp!