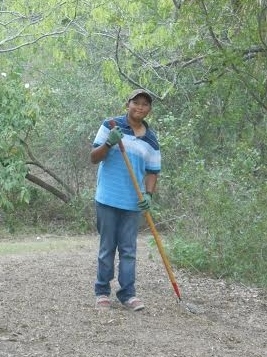 Erick, is a senior at Moody HS and has been a part of Youth Odyssey for the past 8 years. He began his journey with us in 6th grade at Martin MS where he was a quiet, shy young man. As time progressed, he got more involved with the our program.  Erick soon came out of his shell and showed his true colors as a young man who can teach others and inspire those around him. In 2009, in recognition of his leadership skills, willingness to work with other youth, and pass on his skills; he was invited into our Mentor program.

As a Mentor, Erick continues to be involved in Youth Odyssey activities.  He has traveled to both Big Bend Ranch State Park and Big Bend National Park

where he hiked along river beds, braved a snow storm, sat under a boulder, and threw rocks at Mexico (the riverbed of the Rio Grande that is). You also may recognize him if you look at the top of this webpage.  That photo was taken at Big Bend National Park in 2013. Erick has also dedicated many Sundays to Blucher Park where he helps keep it beautiful for the community through trail grooming, invasive species removal, and the planting of native species that attract birds and bird-lovers year around. 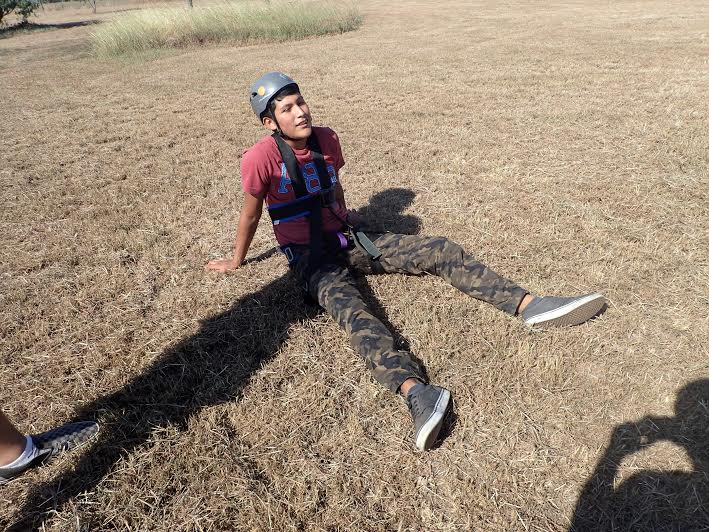 As Erick progressed through high school, his life  has gotten busier.  However, he still finds time to help at our ropes course.  He has learned so much that the staff trust him to set up the ropes and pulleys that are used to keep the participants safe. He has also learned how to repel, and take people off of the zipline.

Though his time as a mentor is coming to an end, once Erick graduates he plans to stay in Corpus Christi and be close to family. He also plans on completing the transition from Youth Odyssey mentor to Youth Odyssey volunteer so he will still be able to share his knowledge and expertise with youth in the area. Erick has been a wonderful person to have in Youth Odyssey and we can’t wait to have him as a new volunteer.