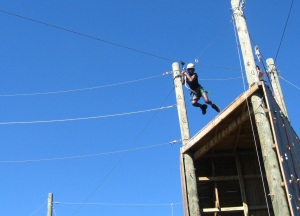 Few things are as universally unacceptable as lying; it’s why parents get so worried when they find out their child has told them a lie. One lie can lead to another and all the sudden you have a sneaky child on your hands. The next step is blaming yourself; you must have done something to raise a child that way. The truth is, there are lots of influences in children’s lives, and you can only control some of them. While that’s a scary thought, you can control how you react to being told a lie and that affects the child’s behavior. When a child lies, there’s a competition between the family value system and the child’s rationalization system. They don’t see the lie as hurtful and the rule seems silly. In response, do not give the lie too much power. Address the issue of lying, but realize that it is going to happen from time to time and apply an appropriate consequence based on the size or amount of lies told. The consequence needs to make life uncomfortable so the child doesn’t want to repeat the behavior.

Challenge: Remember a lie you’ve told recently and thinking about the reason behind it. Deal with any lie your child might tell this week as you would like to be dealt with and have faith in the values you’ve given them.